UNPRECEDENTED GROWTH IN ALBERTA HAS CREATED A VIBRANT ECONOMY, BUT IT HAS ALSO PLACED A TREMENDOUS STRAIN ON THE FOREST, GRASSLAND AND RIVERS WHICH HELP TO SUSTAIN THAT GROWTH.

The Alberta Tomorrow simulator is an educational tool that helps you to understand the process of sustainable planning to balance land-uses such as agriculture, oil and gas and forestry with ecological integrity. By looking at past and present landscape imagery, you will be able to see changes that have taken place in the past. You can also collect, geotag and save water sampling data, images, video and other observations.

Now set some goals and design a future for Alberta that you want to see!

The simulator in action: 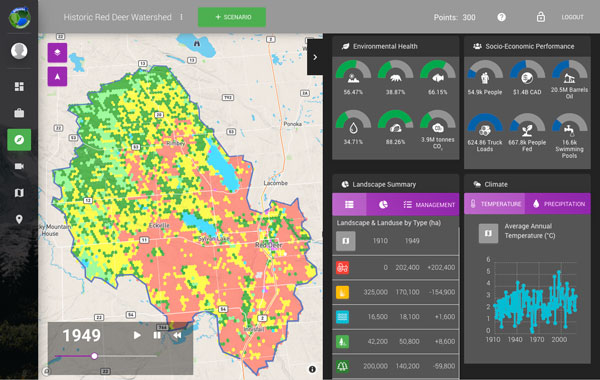 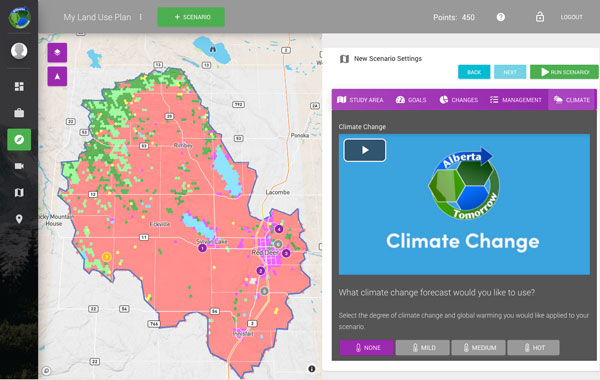 Alberta Tomorrow is a FREE educational tool that has been developed to for use with k-12 and university and college curricula.

Using Alberta Tomorrow, you and your students can:

Lesson plans are currently available for:

There are curriculum links to many other grades and subjects. New lesson plans and materials are continually under development.

In addition, registering for Alberta Tomorrow as a teacher gives you access to:

Guardians of the Ice

Watch this video about the Guardians of the Ice.

To watch a webinar about Water Quality, Climate Change and Alberta’s Glaciers produced in collaboration with the Guardians of the Ice and recorded in June 2020, create an Alberta Tomorrow Account on the new simulator. The webinar can be found in the Videos Section.

Teachers can access a lesson plan to be used in conjunction with the webinar in the Teacher Resources.

Alberta Tomorrow was originally created in 2005 by Matthew Carlson and Dr. Brad Stelfox of the ALCES group. Since then, Alberta Tomorrow has been used extensively by teachers and students throughout Alberta.

Alberta Tomorrow is critically reviewed and bias neutral. The continued development has been overseen by a steering committee comprised of representatives of industry, non-profits and government. The application is:

Meet Our Board Of Directors

Be Part of Our Story

Download our sponsorship package today to learn more about becoming a partner.

Launch the App in Your Own Province

We are excited to launch the Canada Tomorrow initiative to allow students, teachers and public across Canada to learn about sustainable planning and climate change. 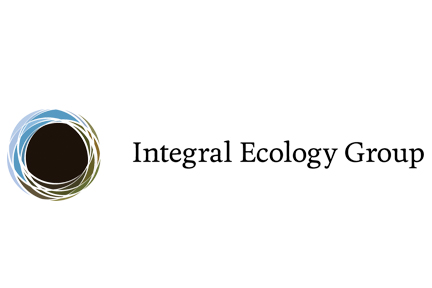